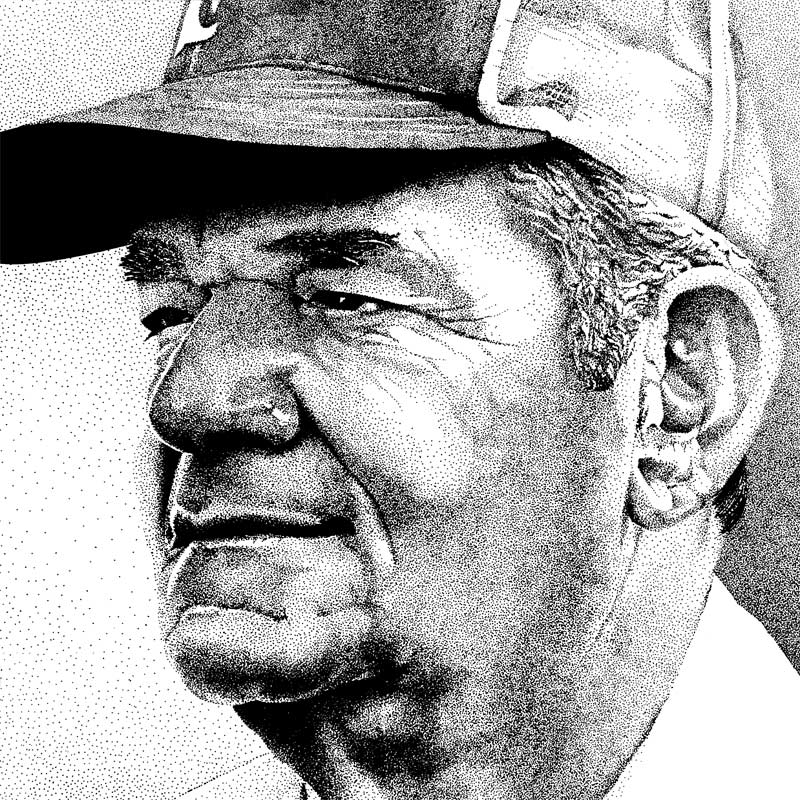 Last week Paintsville laid to rest a beloved citizen in an over-the-top celebration of a life that had touched hundreds, if not thousands, of young lives.

Walter J. Brugh’s own high school career was interrupted by World War II. He came back to Paintsville High School after the war was over and played football there until he graduated. He was too small for Bear Bryant’s football squad at U.K., so he had a distinguished football career at The Citadel. After graduating from college, he came back to Paintsville in 1951 and became a teacher/coach at his Alma Mater, becoming head football coach in 1956.

I joined the Paintsville High School faculty in 1950, but dropped out for six years when my daughters came along. When I came back to the faculty in 1957, Mr. Brugh was Football Coach and Attendance Officer, presiding over the dread “Bird Book,” so named because it had the picture of a cardinal on the front of it. We hated that book, because the attendance records we kept in it had to add up the same way vertically as they did horizontally and without an adding machine, sometimes a sneaky number could hide from us!

Mr. Brugh had a faithful assistant, Flossie Ward, who helped him keep all those numbers straight. After the computer showed up, the attendance record was a piece of cake.

Mr. Brugh was football coach, golf coach, and assistant coach of everything else, it seemed.. Since none of my children played football, golf, were cheerleaders or skipped school, I was not aware of how much good Mr. Brugh was doing as he saw to it that a child who did not have clothes to wear to school somehow got something to wear, or that he encouraged the youngsters in the lunchroom to eat all their vegetables because, one day, he wanted them to play football for him.

I wanted so much to attend the funeral but 185 miles is too far to walk. I had been a faculty member with him for about thirty years.

The town gave him a really wonderful funeral in the high school gym. Ruby Daniels, who is one of my FaceBook buddies, reported that all the Middle School and High School football players and cheerleaders, in uniform, sat with their coaches in a place of honor. Lester Lemaster played piano and sang, along with some other songs, “I’ll Fly Away” and “Go Rest High on the Mountain.” The congregation sang the Paintsville High School “Alma Mater”. The mayor, Bob Porter, (who was an outstanding athlete at PHS) issued a proclamation honoring Mr. Brugh for his 42 years as a coach. Rev. Larry Vickers, one of his football players, now a Methodist minister, conducted the service.

Several of his former players who are now distinguished doctors, lawyers, teachers, and businessmen spoke as well as all four of his grandchildren and one son. Dr. Mike (the Missile) Minix, now a retired opthalmologist, and Joey Couch, both of whom played football at U.K. were two of the speakers.

I had tears in my eyes when I read that the funeral procession left the gym and circled the football field (which is several blocks from the gymnasium) before going to the cemetery.

I thought about the legacy of that teacher who made a decent living but never got rich; reared four talented, law-abiding children, had a lovely wife, was the winningest football coach in Kentucky in a little school that graduated about sixty or seventy students a year; stayed at the same place and taught honesty, fair play, toughness, fundamentals and hard work to generations of students for forty-two years. How many fatherless children he must have been a father-figure to, and what a difference that one teacher’s life made in the lives of those he mentored! The world is richer because of the lives he influenced to become honest, decent individuals.

Rest In Peace, Walter J. Brugh. You died a rich man. How proud your children can be of your legacy.