David Dunlop makes another essential point about effective painting, and that is, to master the use of mixing and painting grays. Jack White also made it a goal of his to master grays, in order to give the viewer’s eyes a place to rest, and keep the vibrant areas vibrant.

My key takeaway paragraph from David Dunlop’s post is this:

Let’s examine mixing colors to create luminous grays (or what is referred to as chromatic grays). A gray concocted from a triad of secondary colors and the use of white. They can be made to look warmer or cooler. These color based grays are usually more engaging than those made from black and white or Payne’s gray. Let’s see how it’s done by artists on their palettes and in their pictures. 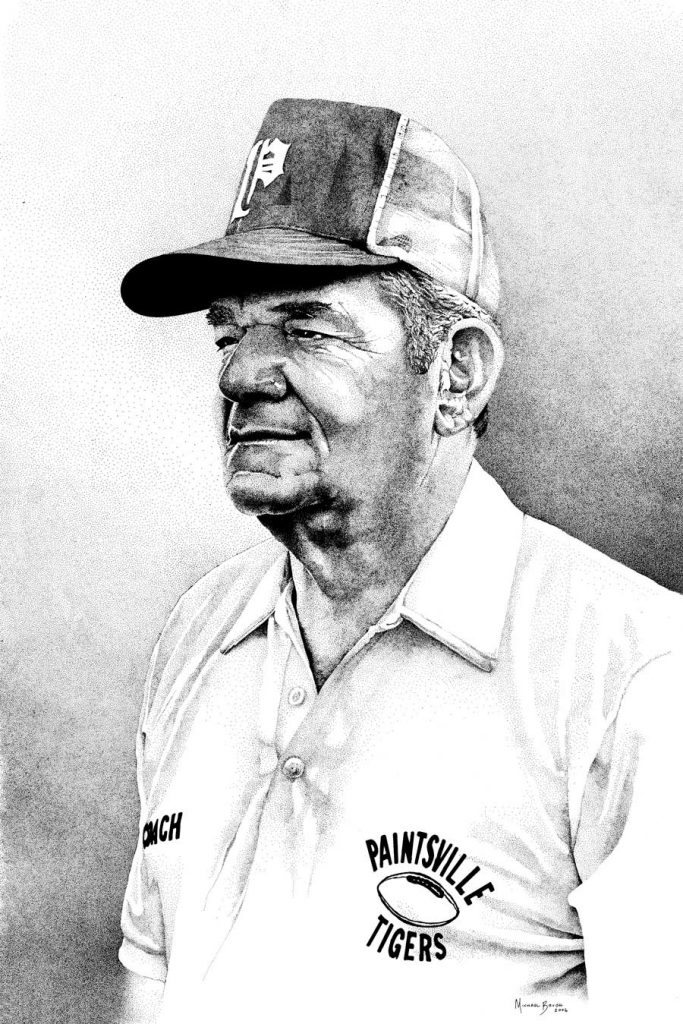 I have reposted this tribute to my dad, who passed away one year ago today.-mb

My father passed away one year ago today, at the age of 87. His spirit of excellence, his determination, his exuberance, his good character, lives on. It will live on in his family, his former players, coaches, managers, and teachers. He joins my beloved mother, Nancy, who passed away in May 2011.

Searching for the right word to describe yourself can be a challenging endeavor.
-Illustration: Michael Brugh, for the South Bend Tribune

Master painter Jack White points out that how you describe yourself can easily follow you around, define your life, and your work trajectory. Check out his latest article:

Be truthful with yourself in coming up with the words that best tell us who you are. Above all, make sure people think of you as a LOVING HUMAN who cares for your fellow mankind. […]

Read the rest of this article at:
http://faso.com/fineartviews/87630/describe-yourself

———————————————-
This excerpt appears courtesy of FineArtViews Art Marketing Newsletter by FASO,
a free email newsletter about art, marketing, inspiration and fine living for artists,
collectors and galleries (and anyone else who loves art).

For a complimentary subscription, visit: http://www.faso.com/art-marketing-newsletter 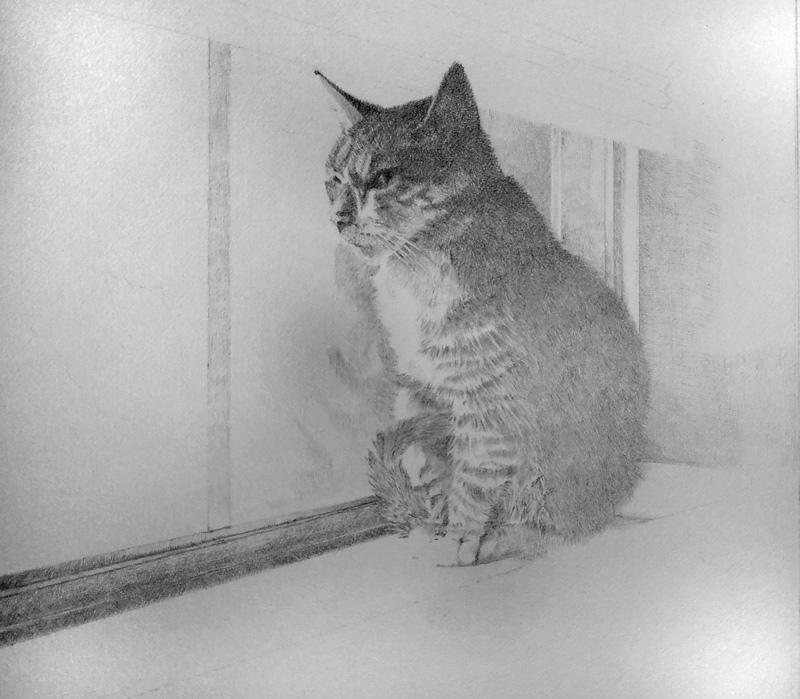 Update number 4. I lightly filled out the rest of her fur, and began defining the window sill.

Freda now has a complete coat, except for the fact that it is a bit light. I'll accent that more later. At this point, I wanted to start to tie in the background to her, so I started building up the window sill with a combination of an HB woodless pencil and a 2H. 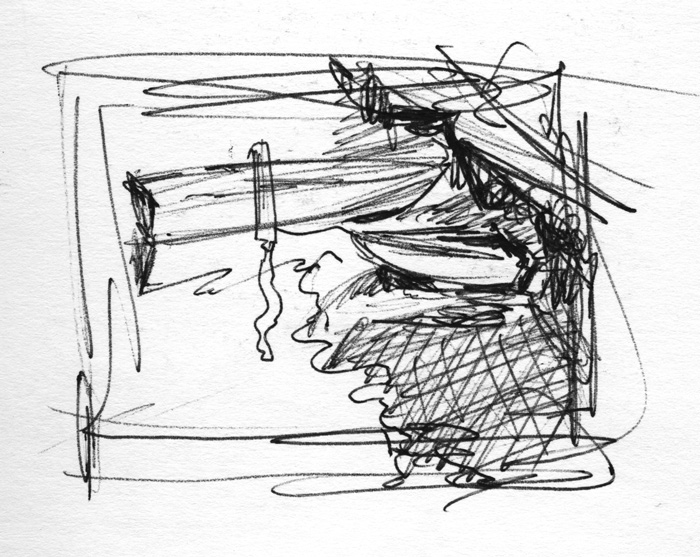 This is a thumbnail of a thumbnail-size sketch of my finished painting, “Fishing Buddies.”

The original can be found here.